deen
david tudor: rainforest IV – sound installation St. Elisabeth ChurchSound installation: 18-27 March 2022, daily 2-8 pmLive Performances: Thursday, 17 March 2022 at 6, 7, 8 and 9 pmMODULAR MUSIC will conclude by a new interpretation of David Tudor's Rainforest IV (1973) in Berlin's St. Elisabeth Church. For the presentation, a total of seven composers, experimental musicians and sound artists will work together in a one-week rehearsal and composition phase on a new interpretation of Tudor’s seminal piece. With Canadian composer Matt Rogalsky, we have invited one of the most experienced Tudor specialists to direct, together with Cologne-based composer hans w. koch, the world premiere of this iteration of the composition, which features a unique line-up.

Found, converted or constructed objects are arranged as an ensemble in a spatial installation. Transducers attached to the objects allow the performers to activate them with sounds of their own choice, with the goal of creating, in Tudor’s words, “an electronic ecosystem". Due to the specific resonance frequencies of each object, each one is like a very unique loudspeaker that favours certain tones. The composition, the selection of the objects and the arrangement in space create a lush and freely accessible "rainforest" of sounds that spring from the things of everyday life.

Alongside John Cage, David Tudor was one of the central figures of the 20th century US-American music scene in the post-war period. One cannot exaggerate the significance of the late artist, who passed in 1996, when it comes to the development of experimental music, whether as an interpreter, composer, performer or pioneer of live electronics. The project is conceived — 25 years after Tudor's death — not only as a tribute to the musician and composer, but focuses instead primarily on the potential that still resides within Rainforest as a compositional platform. The participating artists have backgrounds in very diverse genres: "classically" trained composers such as Sweden's Hanna Hartman and US-American Michael Winter, sound and media artists such as Japanese artist Miki Yui, Hungarian musician Zsolt Sörés and the young Romanian artist Ioana Vreme Moser, as well as artists from the fields of electronic and experimental music like French sound artist Jessica Ekomane or Berlin's Robert Lippok, formerly of the band "to rococo rot", will all work together, thus enabling a kind of highly promising collaboration that goes beyond scene boundaries, in a thoroughly unaccustomed setting for all those involved.

The 3G rule applies to all visitors. Strict adherence to the applicable hygiene and distance rules will be observed. Access to the exhibition is only permitted with FFP2-mask.

Funded by the Federal Government
Commissioner for Culture and the Media 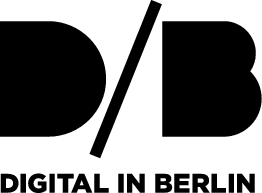